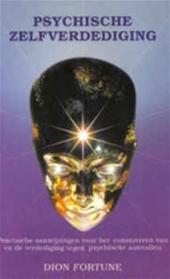 Seanachai: Modern Celtic Fairy Stories
Over the last 15 years, Janet Farrar (best known for her books on Witchcraft) has gained a reputation as a storyteller among those who have seen her perform in this role at festivals and conferences in the US and Europe. After much demand, she has released some of her favourite stories on DVD. Produced and directed by Gavin Bone, her partner, this set of Modern Celtic Fairy stories, many written by Janet, includes scenes of Ireland, the land of the mists and fairy folk, set to music invoking the spirit of the Celtic Lands. These stories include: 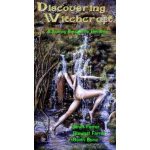 blz. 164
1995 Godolphin House
Once again Stewart had shown his storytelling ability in ways that will keep you enthralled. This book gives us thirteen occult stories, each with and underlying message. 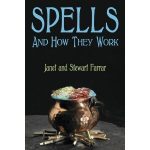 This book covers all aspects of spell-making – including psychic self-defence, sex magic, cabalistic magic, and talismans. There is a generous collection of actual spells, past and present, drawn from history, literature, folklore, old grimoires, and the years of experience of the authors.

Janet and Stewart Farrar, authors of many books on witchcraft, were well-known witches who appeared frequently in the media. Stewart Farrar died in 2000.

319 pagina’s | Phoenix Publishing | juni 1987
This book is of great practical value in discovering and celebrating the transforming energy of the Feminine Principle of Divinity. Part I covers the myriad faces of the Goddess revealed, including: Her presence throughout history; Her Earth and Moon symbolism; Her Madonna and Magdalene disguises; Her revelation within the psyche; Her relationship with women; Her influence today; and much more. Part II covers ritual invocations of the Goddess in 13 guises: from Ishtar to Isis, from Hecate to Aphrodite, from Epona to Ma’at. Part III gives an alphabetical listing of more than 1000 goddesses including a brief history and the main correspondences of each. This is an important work by the Farrars providing an indepth exploration of the Goddess in her many aspects at a time when Western culture is awakening to the influence of Feminine Divinity, both individually and collectively.

278 pagina’s | Atlasbooks Dist Serv | april 1989
Exploring the Masculine Principle of Divinity This companion volume to The Witches’ Goddess re-establishes the ancient balance between God and Goddess. Part I covers the many concepts of the God examined, including: His faces throughout history; The Son/Lover God; The Vegetation God; The War God; The Anti-God; and more Part II gives a close look at 12 individual gods of history with an appropriate invoking ritual for each. Part III presents a comprehensive dictionary of over 1000 gods from many world cultures, past and present. The Farrars are among the best-known authors on the Craft, and in The Witches’ God have written what is likely to become the standard work on the masculine god aspect.